Ausgrid has sold a 2.86 hectare Zetland site to Deicorp which is planning a mixed use but predominantly residential development.

Article published in Realestatesource.com.au 11th May 2022.

At 130 Joynton Avenue, the amalgamation of nine parcels – a mix of small offices, warehouses and car parks – is trading for about $180 million.

Marketed as Joynton Square, the holding forms part of Landcom and the City of Sydney’s 278ha Green Square urban renewal precinct, where Crown Group, Meriton and Mirvac are investors.

Ausgrid, which is owned by the state government, AustralianSuper and IFM Investors, marketed the property permit-ready for eight towers, between about nine and 16 storeys, containing a total of c55,000 square metres. 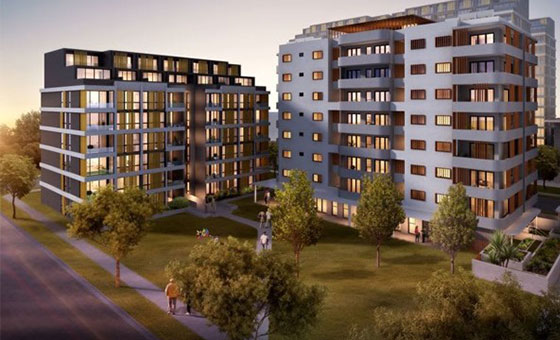 The irregular shaped B4 Mixed Use zoned Joyton Avenue block, much of which fronts a portion of Zetland Avenue which hasn’t been built yet, was marketed as a going concern.

Abutting the property to the west is the Gunyuma Park Aquatic and Recreation Centre, and, a couple of hundred metres from there, is the Green Square station.

The its south is the 4.45ha ex-Suttons Roseberry dealership, which Meriton snapped up last February for a speculated $300m-plus, with plans for a village (story continues below).

That developer is also constructing hundreds of apartments on a 9693 sqm ex Daimler Chrysler car yard in the suburb.

Mirvac, meanwhile, has earmarked about 1600 dwellings on a 5.7ha slice of Green Square, including in a recently launched 21 level tower. 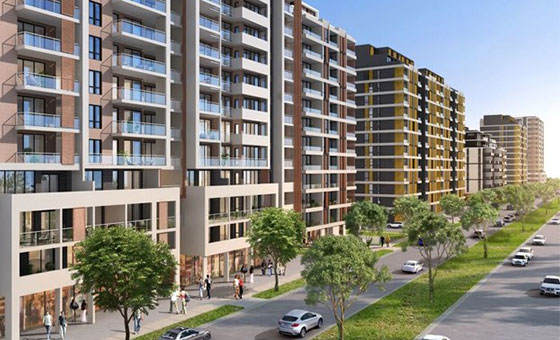 Crown Group is behind another master-planned community in the precinct as well; last April it opened a distinctive 20 floor, Koichi Takada penned hotel as part of it.

Green Square is also designed with an aquatic centre, library, parks and retail.

“Our newest Zetland development will incorporate a substantial public park that will support the City of Sydney’s revitalisation of the precinct, and create a new green space in the Green Square precinct,” Deicorp’s Robert Furolo, said.

“And like all of Deicorp’s projects, it will also support the principles of transit-oriented development being an easy walk to the airport line and new Metro, as well as to great shops, cafes and restaurants,” he added.

“We will undertake a design excellence process as part of our vision to bring stylish, contemporary and beautiful homes to this vibrant part of Sydney,” according to the executive.

Green Square also includes parcels in Alexandria, Beaconsfield, Roseberry, Waterloo; upon completion by 2030, it is expected to accommodate about 80,000 residents and workers.

This article was published by hillstohawkesbury.com.au Developer and Construction Company Deicorp is giving a $50,000 gift.

All in a day's work

This article was published by australianpropertyjournal.com.au on 13 July 2020. Written by Liz Jordan

Deicorp will push ahead with construction on its next transit-oriented project spanning six separate buildings in Rouse Hill.

Read more
Back to latest news